Without filled sandbags, heavy floods and minor mudslides are highly destructive and can cause tremendous damage to your residential or commercial property. Mudslides occur when heavy rain, ice, or snow melts the solid ground and causes mud to flow down a hillside, riverbank, or into a valley. The torrent of water flows at such a high speed that poor structures cannot stop it.

Sandbags are essential and can be considered a valuable first line of defense against flood control. Additionally, filled sandbags act as a retaining wall and serve as temporary protection from more minor mudslides. Other beneficial sandbag uses are in sites where weight leveling or military defense where they can be used to protect trenches and provide temporary military fortification for soldiers.

At The Bag Lady, we specialize in designing sandbags and manufacturing industrial-grade sandbags either in burlap or polypropylene material. As a fully certified sandbag supplier, we provide a wide selection of high-quality sandbags to address all of your sandbag needs.

Every one of our operations is handled with the utmost care by our team with extensive knowledge and experience in sandbag construction and design. All packaging materials undergo quality control to provide maximum protection during shipping. Our empty sandbags come in a wide range of weights to ensure we meet the needs of every client.

The Bag Lady is a leading provider of sandbags for construction, erosion control, and more. Each bag is filled according to a client’s specifications for projects, including building homes and securing floodwaters or military bases. We have been in the construction industry for over 20 years, with sandbag manufacturing as our focus, and have developed a reputation for excellence. Our products are crafted with care, and we are committed to upholding the highest quality standards in our industry.

Over the last two decades, we have established solid relationships with reputable suppliers and other related businesses across Snohomish, WA. In addition to respected suppliers, we have worked with local authorities and maintained great work relationships with them – a true testament to the quality of sandbags we supply.

Our sandbags are packaged with industrial-grade materials with woven burlap and woven polypropylene, built to withstand the harshest conditions. We help ensure success in your construction progress in Snohomish, WA, with durable and efficient sandbags.

We manufacture and supply durable sandbags in Snohomish that meet and address all your sandbag needs. Whether it is a temporary job or a long-term project, we have the best sandbag for you. We have catered to numerous clients, including agencies, universities, contractors, real estate agents, and government organizations.

As a facility with one of the largest inventories in Snohomish, our proficient team can promptly address your filled or empty sandbag needs for optimum convenience. With sandbag options, either woven polypropylene or woven burlap, we can guarantee that they are strong enough to endure harsh weather conditions. 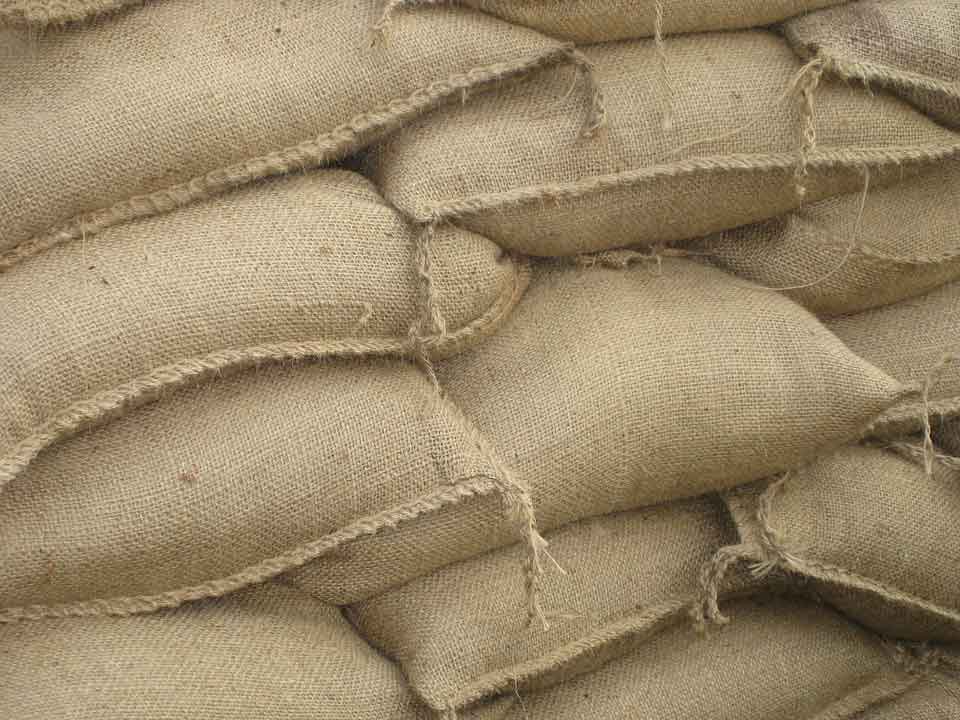 As the leading sandbag manufacturing company in Snohomish, WA, The Bag Lady provides all sandbag needs for projects large and small. Our extensive inventory in Snohomish guarantees a comprehensive range of services to supply you with empty and filled sandbags in either burlap or polypropylene material, depending on your particular use.

Whether you are a contractor, homeowner, or government agency, we provide cost-effective sandbag solutions at The Bag Lady. We carry a complete line of durable pre-filled and empty sandbags for the varying needs of each client.

What is A Sandbag?

A sandbag is a sack made of polypropylene or burlap material that provides a wide array of uses, including:

Sandbags are primarily used as temporary barriers protecting buildings, parks, and similar structures from floods. It allows ample evacuation time and protects people and structures during floods, which can be used as a short-term measure until you find a permanent solution.

Sandbags can also divert water flow away from homes and buildings in flood-prone areas. When stacked up around your property, they provide an impenetrable lining and defense against flood and can be used to divert water flow.

While sandbags do not necessarily stop erosion, they redirect water away to significantly slow erosion. Since sandbags are usually filled with sand or soil, they allow for sediment control to help mitigate erosion caused by water flow. It is one of their primary functions, and it is considered one of the essential services you can get from them.

Especially in harsh weather conditions, sandbags can be used to block certain roads or lanes. Areas regularly exposed to extreme conditions pose a safety hazard, with warning signs meant to redirect potentially getting knocked down due to heavy winds. For this reason, filled sandbags weighing up to 50 pounds can be used to hold down traffic and warning signs for directing traffic during busy road events, construction sites, and damaged roads.

During wars and riots, sandbags have been used as one of the most famous fortification methods globally. They are an inexpensive, quick, and easily transportable way to build temporary fortifications.

Sandbags can be used as temporary barracks that protect military personnel from bullets, bombs, and other forms of danger. Even today, they are used by military forces to build temporary defensive structures.

Sandbags We Sell In Snohomish, WA

At The Bag Lady, we sell two types of sandbags: filled and empty, which are either woven polypropylene or woven burlap. The best sandbag material for your project depends on your specifications, including advantages and other features such as durability and cost.

Filled polypropylene sandbags are ideal for the temporary protection of your property over a short period. When empty, polypropylene bags are small, easy to store, and more durable than burlap. You can use them with little effort, and you would not have to use much sand to make them work.

Burlap sandbags are 100% biodegradable and highly resistant to water seepage, perfect for keeping water out of your property. They are usually used to divert pools of water and allow the water to drain out of gutters and pipes. These are ideal for businesses with large buildings that become flooded with little rain.

The Bag Lady’s polypropylene sandbags are measured at 850 deniers and provide tight and secure closure. Additionally, large projects have benefited from our bulk bag filler that allows the production of up to 40 bags per hour or 12,000 bags per day! For all your sandbag needs in Snohomish, WA, whether you need to order in bulk or pallets, look no further than The Bag Lady.

Get a Quote Today!!

Read What Our Customers Say About Us

Well oiled business. Great employees. Dedicated to their job positions and offering a superior product. They damn near work 7 days a week.

I been pick up their product and make delivery to the customers. All the time got good communication with office guys and an employees at the yard. Loading up quickly and accurately.

love this place...fast easy great ppl...will be back anytime I need bags

Very professional and great communication. Morris is great to work with. Definitely will recommend and use again in the future. Thanks guys!

These folks are great, always ready when we need bulk sand, gravel or crushed rock. Small bag or jumbo sack, they can put together whatever you need and have it together fast!

Thank you so much for your quick delivery service on short notice. I truly appreciate the great service.

Great service. Morris and Jake pull out all the stops to get the job done!

Best in the Northwest! The Megga bagger is a beast and super easy to use.

Seen their work done many times on site always professional.

Highly recommend, very professional, personable, over all an amazing company and employees!

Top Notch Service!! Could not ask for a more professional experience.

My go to spot for any home projects! Thanks to the crew!!